Get Aboard! After the earthquake Christchurch returns again! 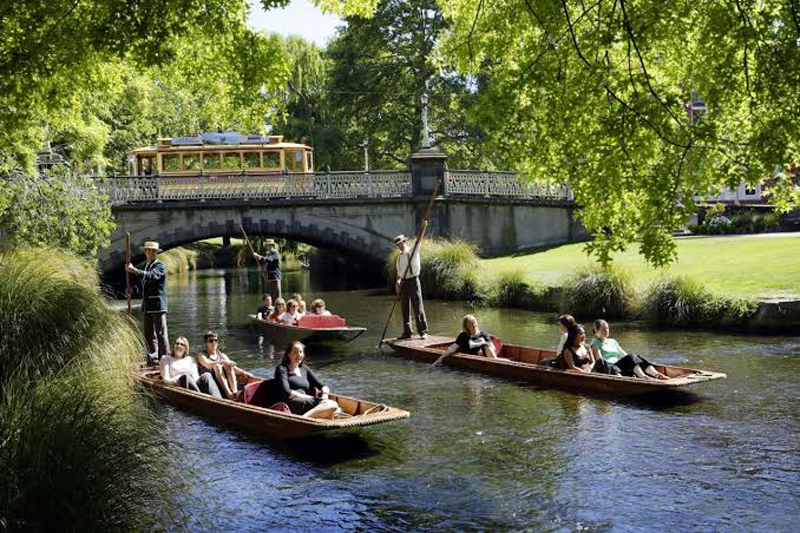 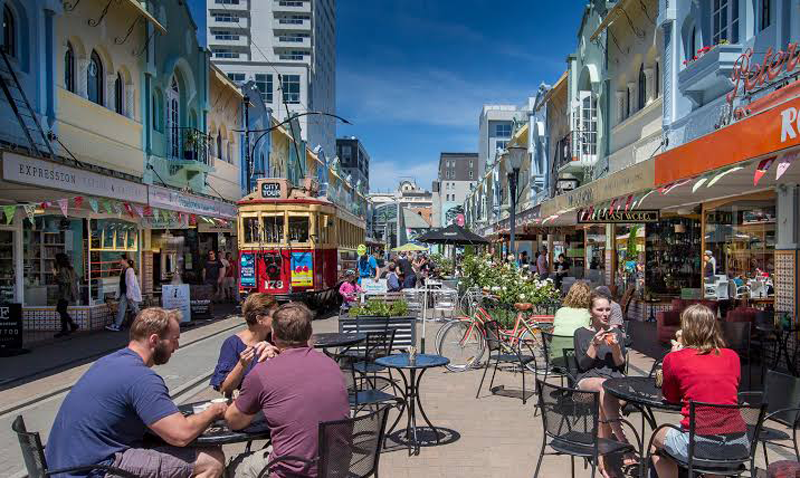 The Avon, with its impressive willow trees elbowing their way across the river, still lead the way.

Out of the blue, with no warning at all, Christchurch was struck by a 6.3 magnitude earthquake at lunchtime on Wednesday, February 22, 2011, that virtually left it a broken city.

Many people had died, and many were injured. Officials believe that up to 300 people were feared trapped in buildings when the earthquake hit.

One NZ newspaper said, “the city is a war zone.”

But deep down, we know that Christchurch will rise from the ashes. People who visited this city described it as “England all over.”

What was Christchurch really like? Over the 100 years travel writers have attempted to crystallise the impression Christchurch had upon them in a few words: none did it more poignantly than American writer Mark Twain.

His description has a soothing resonance about it. He unerringly honed-in on the Englishness of the city: the fact, that there is a ‘winding’ river named the Avon; and its punts and canoes flowing in this excellent city; like they always have.

There the impressive and stately weeping willows along its banks continued “the line of a great ancestor.”

He added: “These trees were grown from sprouts of the willow that sheltered Napoleon’s grave in St Helena.” That’s the stuff that makes visitors want to walk over hot coals to experience. 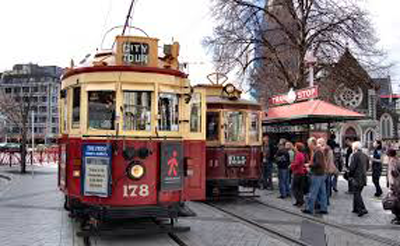 Christchurch, named after Christ Church College at the University of Oxford, England, was a planned settlement founded by the English upper class circa 1850.

And this is marked by the city’s style and imposing architecture, punts on the river and a “very English” boarding school, Christ’s College.

The impressive neo-gothic Anglican Cathedral, now being rebuilt, is located at the heart of Cathedral Square, which is the hub of tourism, shopping and public transport.

Now, after a long journey on this road to recovery, Christchurch is go, go, go!

The work to recover this Garden City has been a restorative dream. It’s been guts and rejuvenation joining hands.

It’s a place where travellers want to visit.

It’s a place with massive appeal, just like the old days. The initiatives are for you to choose!

The malls are still buzzing excitement. Enjoy a glass of local wine in a rehoused bar, or a bus containing a relocated restaurant.

From Christchurch, you’ll have an experiencing journey that stretches over the vineyards and lush pastures of Canterbury. You’ll also overlook, in the far distance, the omnipresent Aoraki/Mt Cook, which is known as a “cloud piercer”. 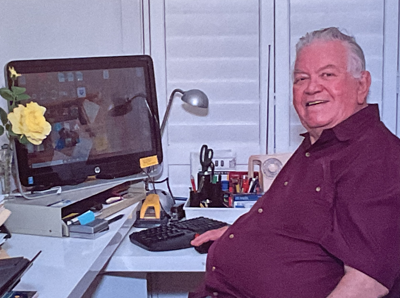 One of New Zealand’s oldest cities, Christchurch, as one visitor noted, has “enormous appeal” as well as being a starting point for the Transalpine adventurous train trip over the Southern Alps.

“It one of the world’s greatest train rides,” said a visitor.

The Auckland-born Keith Weber (above) was able to share a few memories on the subject of NZ in his recently published Memoirs, What a Life. In his chapter on Christchurch, he rightly classified it as “New Zealand’s most beautiful city”.

Weber is now a local apostle, having been domiciled in Australia for the past 40 years.

The largest city in the South Island and its beauty “is still entrenched,” writes Weber. He has rightly inferred that the pivot to its impressive and stately wonderment hasn’t been untouched.

He and his wife, Noleen, drove along Memorial Avenue and noticed new and modern architecture has arisen “in vast numbers”.

“The excitement of the place – its beauty and its surroundings – still flowed through the city. The retail boutiques have been rebuilt and refurbished, which means there’s a kaleidoscope of colour everywhere.

“From this truly wonderful vantage point, we noticed that the old-style trams are busy carryings sigher-seekers all over the city.

“Hey, believe me, Christchurch has long passed the sadness of the earthquake. Everything in Christchurch looks magnificent!” 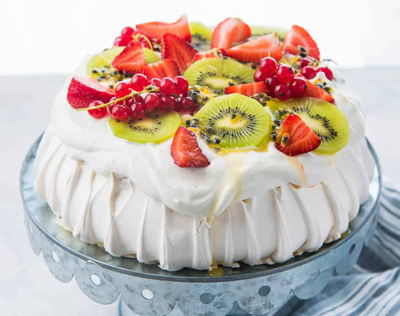 A rich, sweet dish of meringue and marshmallow topped with whipped cream and fruit. The Pavlova originated in New Zealand.

It was named after a celebrated Russian ballerina. Anna Pavlova, who twice toured NZ in the 1920s. Pavlova rose through the ranks quickly.

She was once dancing for her teacher, Pavel Gerdt, when she went into a set of acrobatics. Gerdt flew into a rage. He told her: “Leave the acrobatics to others. You put pressure on all your delicate muscles. I beg you, don’t try to imitate those who are much stronger than you”.