Mr Murdoch v Mr Maxell: The battle for News of the World 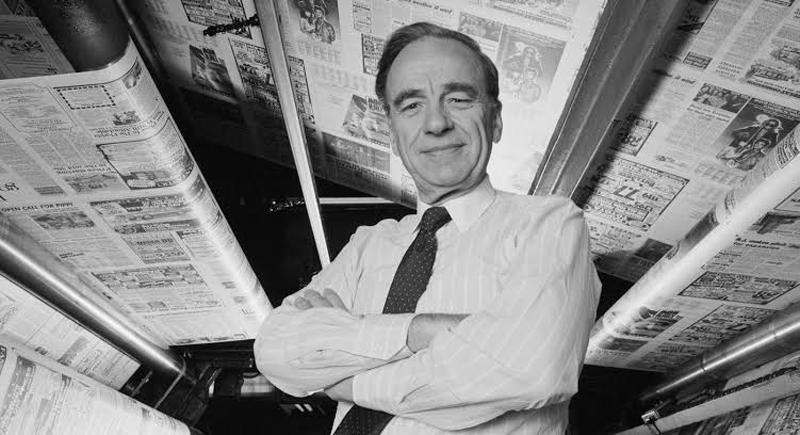 As soon as Mr Maxwell steps into the News of the World pond, he did not expect the N.O.T.W to fall into his lap. Maxwell knew that he had a fight on his hands.

It all began on Wednesday, October 16, 1968. Mr Maxwell, the chairman of Pergamon Press Limited astonished the Stock Market and Fleet Street with a 26.7 million pounds takeover bid for the of whole of the shares of News of the World.

Maxwell, born Jan Ludwig Hock, fled to Britain from Slovakia and began to make his fortune by publishing captured German scientific documents after the war.

After various nefarious dealings, Mr Maxwell now has a personal fortune estimated at three million pounds sterling … He now runs a company engaged principally in the publication of textbooks and scientific journals.

The company operates quite a large branch in Australia.

It was on Thursday that Mr Murdoch had become interested. Mr Murdoch got in touch with his merchant bankers in the City of London, Morgan Grenfell, and told them he was interested.

Morgan Grenfell spoke to Hambros, the merchant bank acting for the Carr family, and then advised Murdoch … that would stay in touch. There was no immediate urgency.

It was obvious from the start that the people with the say at the News of the World the old and wealthy British Carr family, were not going to be very receptive to his bid.

Next came the frantic calls from Lord Catto of Morgan Grenfell to Mr Murdoch in Sydney … But had gone. Catto did not know how to get hold of him. Finally, Mr Murdoch in Melbourne had the word passed on to him by Sir Norman Young, a leading accountant in Adelaide.

That same Sunday, the News of the World … launched into the battle with a sharp editorial attack on Mr Maxwell. Mr Maxwell found the editorial “offensive”. On Monday, October 21, Maxwell showed how serious he was and raised his offer … another 7 million pounds to a new level of 34 million pounds.

But the News of the World Directors, headed by Sir William Carr, showed no sign of accepting and a new battle began to develop on the Stock Exchange.

The battle is over the brash, titillating Sunday newspaper, News of the World.

Frank Morris comments: A “new battle” developed into a “bigger battle”, one of the worst that Fleet Street has experienced.

It involved Mr Murdoch, who doesn’t like to be riled, Mr Maxwell, who didn’t know what he was up against, and a list of important people and companies.

The takeover dragged on for weeks.

When it concluded, after more legal complexities had been ironed out, Mr Murdoch was convinced he had won. In Britain, the press continued the stir the pot.

Here is an example: A YOUNG AUSTRALIAN has broken into Britain’s national newspaper industry, emerging as a key figure in the battle over the $88,000,000 News of the World, the brash, titillating Sunday paper.

Scorning a narrow victory in a rough-and-tumble takeover struggle, Rupert Murdoch, one of Australia’s most powerful publishers, becomes at the age of 37, member of the board of the 6,000,000 circulation News of the World.