The Monster: He lied, he cheated, and robbed his tottering empire! 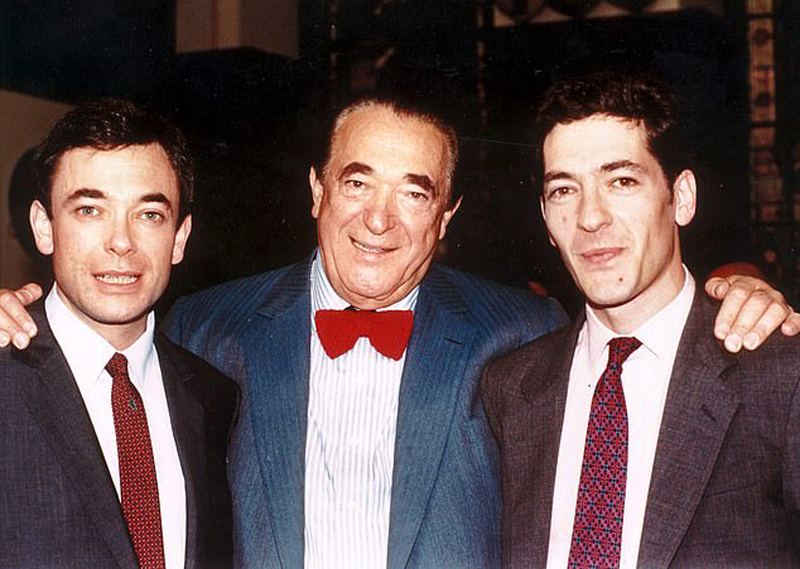 He, Robert Maxwell, of the Daily Mirror, told lies over the missing millions.

Robert Maxwell’s worldwide empire had collapsed in ruins. This was within a month of the publishing mogul’s mysterious death. “And immediately years of rumour about the man and his business methods became appalling fact.”

A senior Mirror columnist told the newsroom, “We are just delighted the man is dead.”
His sons, Kevin and Ian – “whom he had promised he would leave nothing – found the truth was even worse. He had left them with hopeless debts of hundreds of millions of pounds.” ‘

Faced with the “enormity of his double-dealing, the brothers quit his two public companies, Mirror Group Newspapers and Maxwell Communications.

“As they left, it was revealed that not only had Robert Maxwell siphoned off more than 700 million pounds into a secret ‘slush fund’, but that 426 million pounds had been taken directly from his employees’ pension funds.

“Police joined hundreds of accountants and lawyers in a mammoth “paper chase.” 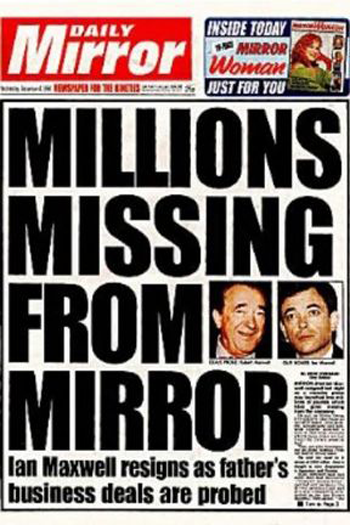 The aim was to track down the “missing millions as the Daily Mirror turned on its fallen ‘saviour’ and revealed chilling stories of how Maxwell had bullied and threatened his cowed minions: culminating in the revelation that their owner had bugged all his executives’ offices.”

He was an outright gambler and womaniser. Stories also emerged that he lost “up to 1.5m pounds a night in casinos.”

“Now, everything in Maxwell’s empire of deceit, was for sale, as police tried to determine whether the sins of the father shall be visited on his sons; whether they were knaves or fools.

“There is no longer any doubt about Robert Maxwell!”

<< Background for story from the International Express, December 12-18, 1991. Australian Edition.

SBS: House of Maxwell at 8.30pm, starts Thursday. One of three parts.

TOP: Maxwell with his two sons, Kevin and Ian. 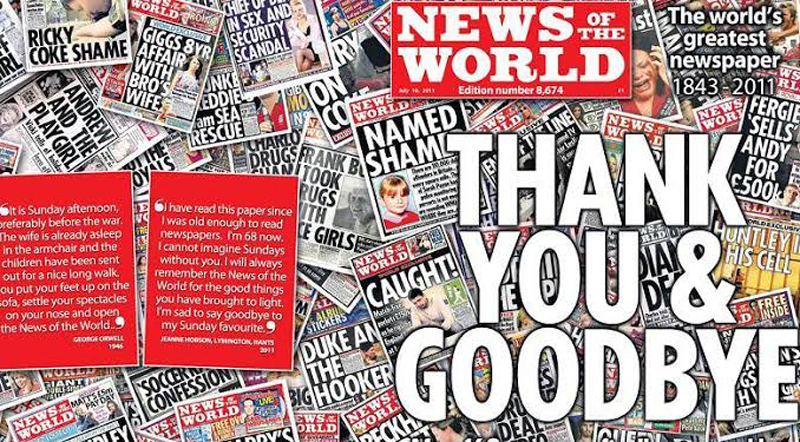 “Thank you & goodbye.” Big question is: Would it have ended like this.

As the battle began, the popular Sunday broadsheet, both in Britain and abroad, still carries on with its investigative and lengthy reporting of court cases – an aspect of its journalism that is traditional and always appealed to the adult readership.

It is a safe bet at this stage that Mr Murdoch is the best known Australian in the UK, with the possible exception of Sir Robert Menzies.

Not one day of the past two weeks has gone by without Mr Murdoch’s name being emblazoned across the pages of every national daily newspaper in Britain. For instance, The Time’s described him as “the quiet Australian” in what must be one of the classic misstatements of the age and has taken the Britain publishing jungle by storm.

Murdoch’s bid for a stake in the News of the World Limited, publishers of the Western World’s biggest circulating newspaper – with 6.2 million copies every Sunday – with plentiful other interests – has embroiled him one of the biggest financial controversies in the City of London.

The controversy had started before Mr Murdoch bought into it. His intervention serves to heighten and add to it a further dimension. – From the Nation London Corresponded, 1968.

NEXT: Who will win? Mr Murdoch vs Mr Maxwell.