In 1936, Princess Elizabeth of York now becomes heir to the throne 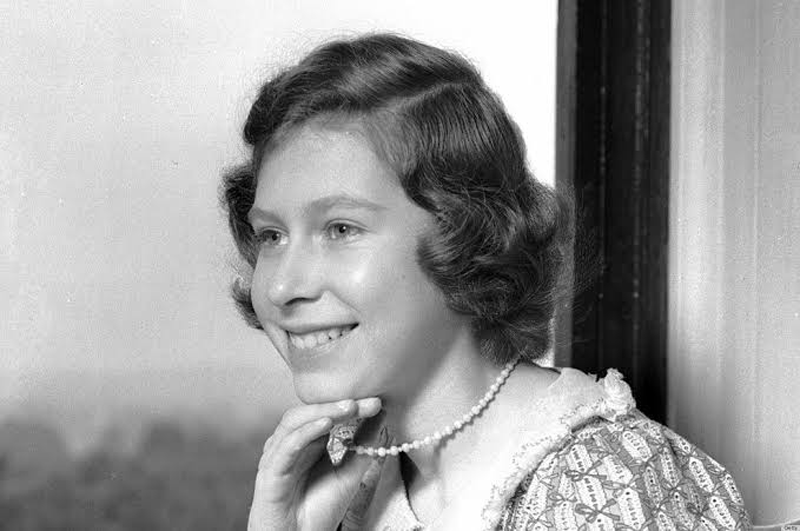 Golden-hair Princess is waiting to take up her onerous duties as Queen. But, in the meantime, she has a long period ahead of her.

In an old ivory-lace robe in which three kings (her uncle, her grandfather and her great-grandfather), and Queen Victoria and the Empress Frederick were christened, a fair-haired baby girl, 10 years ago, was given the names Elizabeth Alexandra Mary.

While Jordan water from the Royal gold font … traced the shadow of the Cross on her forehead, over that helpless, fluffy head already there lay another shadow – that of the Crown of England.

Today, that shadow has become a reality.

Elizabeth of York is first in line of succession: an heir to the Throne. Unless a son is born to her parents, England, after three centuries, will again be ruled by an Elizabeth.

Now, the eighth Elizabeth, the most beloved child in Europe, is ready to take up the role. 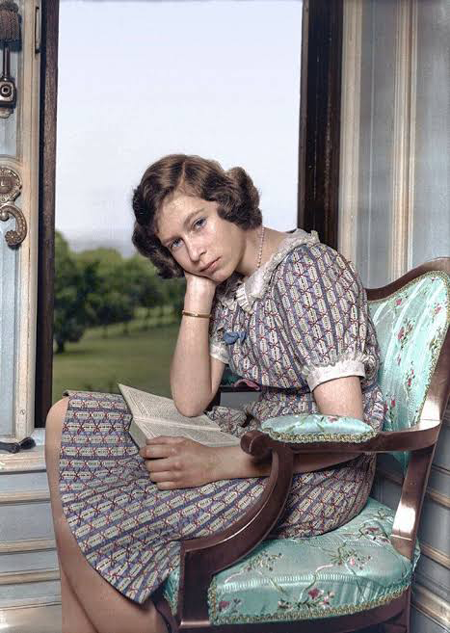 There’s enough to keep her busy!

Four Queens and three Princesses have borne that name All were remarkable. The fourth Queen Elizabeth will be, of course, this Princess’s mother.

On the same paper, another journalist has the same idea. “Duchess of York -- Scots girl who will become First Lady in the Land”, excitedly proclaimed the journalist.” The scribe writes:
“As a child her favourite game was “dressing up”… she then called herself the “Princess Elizabeth” – after that Princess of her own name, King James’s daughter, who became Queen of Bohemia. And in other games she would often assume a Royal title.

“A child’s vivid imagination, the acceptance of ancestral tradition? But never ambition”.

“I make my solemn act of dedication …”

The new Queen, as Princess Elizabeth, in her 21st birthday broadcast from Capetown on, April 21, 1947, gave this message to the Empire.

“There is a motto which has been borne by many of my ancestors – a noble motto. “I Serve.” Those words were an inspiration to many bygone heirs to the Throne when they made their knightly dedication as they came to manhood.

“I can make my solemn act of dedication with a whole Empire listening. I should like to make that dedication now. It is very simple.

"I declare before you and all that my whole life, whether it be long or short, shall be devoted to your service and the service of our great Imperial family to which we all belong, but I shall not have strength to carry out the resolution alone unless you join in it with me, as I now invite you to do. I know that your support will be unfailingly given.

“God help me to make good my vow, and God bless all of you who are willing to share in it”.

The wedding of pomp, pageantry and dinky-di romance

A fairy-tale wedding. On July 9, 1947, three months after Princess Elizabeth’s 21st birthday, the world learned her very thrilling secret: she was officially engaged to dashing Philip Mountbatten who was the love of her life.

In accordance with royal protocol, he was created His Royal Highness the Duke of Edinburgh shortly before the wedding.

The wedding reception was at Buckingham Palace and in honour of the happy couple the dinner included Fillets de Sole Mountbatten to start and Bombe Glace Princess Elizabeth as dessert. They honeymooned in the UK at Broadlands, the home of Philip’s uncle, Lord Louis Mountbatten.

Perhaps not surprisingly, the bride chose to take her favourite corgi Susan with them.

The young naval couple lived first at Windlesham Moor near Windsor Castle and then in Clarence House in London. But Philip was still a serving naval officer, the second in command of the destroyer HMS Chequers, which was based at Malta.

She spent her stays there at Villa Guardamangia, another home owned by Lord Mountbatten.
Almost a year to the day after her wedding, the Queen gave birth to Charles on November 14, 1948, at Buckingham Palace. Princess Anne was born on August 15, 1950, at Clarence House.

Life was cut short for George VI. He was becoming frailer so Elizabeth was increasingly involved as a stand-in at royal events. In 1952, she and Prince Philip were on their way to Australia and New Zealand … when news was received on February 6 that lung cancer had ended the King’s life.

His health undoubtedly suffering from the strain of being a dutiful king through the difficult war years.

“I haven’t got a book in me”, Oliver Hogue once remarked. Well, here’s a great story which could be told.

Hogue, the federal political writer for a newspaper, was also the press officer for the 1954 Royal Tour. He had, according to a close friend, “become something of the expert in planning such events”.

Hogue was busy working on the preparations for the visit of the Princess’s father, George VI. The tour was postponed because of the King’s ill health. When the King died a few months later, the new Royal Highnesses, Queen Elizabeth ll and the Duke of Edinburgh, were ready to go.

It was their first tour of Australia.

Paddington joins the Queen at the Platinum Celebration!

Paddington Bear stood outside Buckingham Palace before meeting the Queen on her Platinum celebrations. He reached the table where he was seated and has a cup of tea with the Queen.

Banter between Paddington and the Queen over marmalade sandwiches was hilarious, boarding on sheer brilliance. The person who devised all this deserves a medal.

I regard Michael Bond as one of the finest examples of children’s’ authors around. Bond began writing about his famous creation in 1958 - A Bear Called Paddington. He would entertain kids with his bear for more than 20 books.