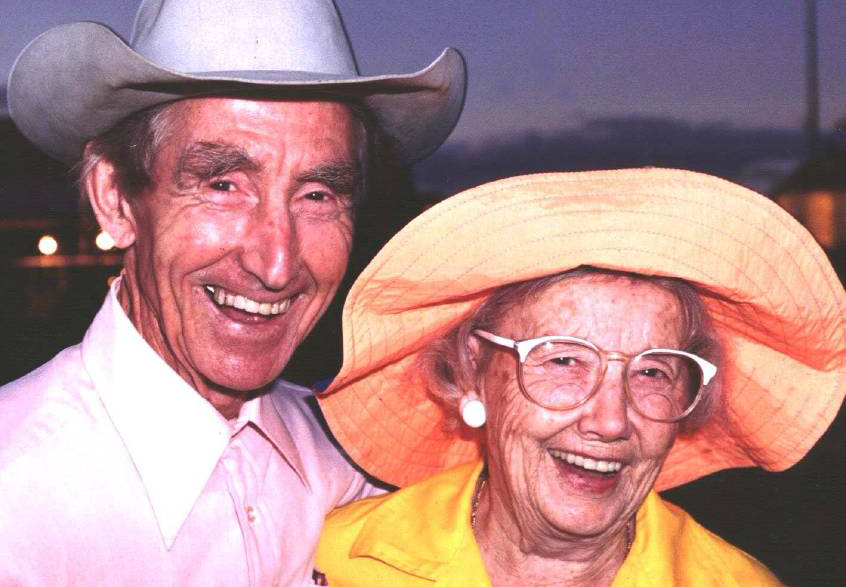 Dauntless pioneers, and their enthusiastic devotion, assisted to promote the start of commercial radio.

Florence Cheers, better known as Dot, was born in Maryborough, Victoria, 1906, and was immensely proud of her upbringing. She recalls her mother’s and father’s Italian and Welsh backgrounds, too.

Mum also told me about any of the gleeful moments of her past. Dot never forgot those special times.

She remembers winning 4 guineas in a voice training competition in Victoria, and her first public performance at Melbourne Town Hall. She taught elocution to the young stars of stage and radio, from the 1920s to 1939, the early days of broadcasting.

She worked in an amateur radio station in the late1920s, and by-chance, she happened to become one of the first female broadcasters in radio.

Dot talked the criteria for radio announcements. She was offered a job in voice production, radio plays and early radio advertising. With 3KZ, she took over the children’s program; she was called up by the Australian Broadcasting Commission, the ABC, during the war; she became part of the drama section and the sound effects studios.

She married Smoky Dawson, in 1944; she later did a program on the ABC promoting the police for children – My friend the Policeman – hosted by Aunty June. In real life, Dot was Aunty June.

It was said that the station wished to adopt the call letters 2AB – for Mrs Annie Besant, the British theosophist – but finally settled for the initials of Giordano Bruno, the martyred sixteenth-century Italian philosopher.

2GB’s studio was located at the Sydney headquarters of the Theosophical Society Sydney.

Between March and May 1927, the Duke of York (King George VI) and his Duchess paid an official visit to Australia to open the first session of the Commonwealth Parliament in the new national capital. Canberra.

The Royal couple visited all States … and were given wide radio coverage, including pioneering interstate relays. The sudden upsurge in overall licence figures during this period – 201,000 in March to 225,000 in June – reflects the important role played by radio in Australia’s first Royal visit of the broadcasting era.

Smithy and crew about to take off from California.

More memorable highlights of 1928: the continuous monitoring of messages from Kingsford Smith’s Fokker monoplane, Southern Cross, during its epic transpacific flight from California to Brisbane.

Two assistants maintain constant listening watch, using a shortwave receiver … and the exciting progress of this first Pacific aerial crossing was broadcast to a huge audience by 2BL

(A bad storm nearly cut short Southern Cross chance of success. The most arduous part of the journey lay ahead. They took off from Fiji the following day, and soon encountered a fierce electrical storm, the first of many.

Gusts of rain, sheets of lightning and rolls of thunder tossed the plane about. They were bruised, shaken and exhausted when came out of a cloud bank to see Fiji Islands.

The rainstorm lessened as they got nearer to Australia. They, Kingsford Smith, James Warner and Harry Lyon, were the first to do it. The whole exercise was described as an “epic achievement”.

The first producer to explore the unusual potentialities to radio drama in Australia was 2FC’s Laurence Halbert. His productions were a far cry from Australia’s first radio play, The Barbarous Barber, broadcast by 3LO on March 21,1925 and produced by Stanley Brookes, “the noted Dickensian”.

<< By Philip Geeves and Frank Morris.